WE SEAL THE DEAL

Omega Global Advisors is an impact driven consulting firm at the intersectionality between the private, public, and non-profit sectors.  We pride ourselves in the bi-partisan relationships we cultivate at the local, state, and national levels. Our trademark is that in today’s competitive environment we swiftly navigate within diverse cultural groups and minorities in the political, philanthropic, and business stages in the Western Hemisphere. By leveraging our networks across sectors, we skillfully expand our clients’ footprint. Our goal is to strategically manage our clients’ issues, create opportunities, and serve as their partner in achieving their policy objectives.

In the face of a changing nation, we uplift our clients’ issues, voices, and stories. Our team has deep multi-sector relationships, decades of experience, and remarkable leadership dimensions. 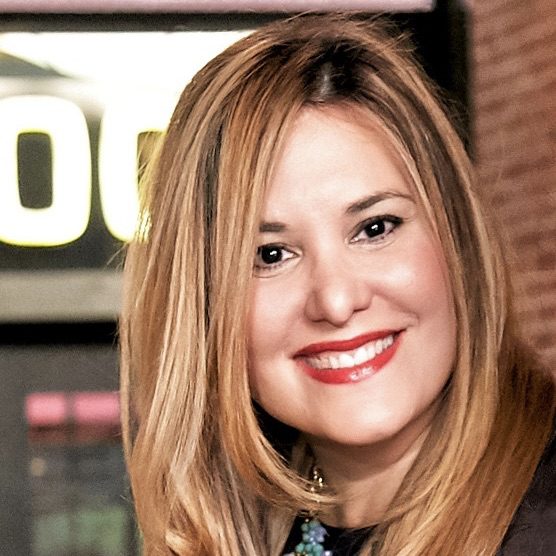 Eneida is the Managing Partner of Omega Global Advisors and a respected leader and connector. She is a trained attorney and organizational psychologist with over a decade of experience identifying opportunities and establishing a success roadmap for her clients.

In 2012, Eneida co-founded The Latina Circle (TLC), a Boston-based network that is advancing Latina leaders across industries into positions of power and influence.  In 2017, TLC launched Amplify Latinx, a non-partisan, collaborative movement whose mission is to build Latinx economic and political power by significantly increasing Latinx civic engagement and representation in leadership positions across sectors. Latina Circle + Amplify Latinx have been distinguished as unique organizations with social capital & social impact by various groups.

In 2018, Amplify Latinx launched its PowerUp Latinx Biz initiative focused on activating Massachusetts’ untapped economic potential by increasing growth and economic opportunity for Latinx-owned and led businesses. PowerUp’s mission’s is to create visibility for Latinx-owned businesses, meaningfully connect them to existing resources, and recognize them as an influential consumer market that must be engaged by our entire business community.

Among other notable accolades, Eneida is a Fellow of the American Bar Foundation, a distinction limited to one percent of lawyers licensed to practice in each jurisdiction. For three consecutive years she has been recognized by Latino Leaders Magazine as one of the Most Influential Latino Lawyers in the United States.

Dr. Dharma E. Cortés, a native from Puerto Rico, received her Bachelor’s degree in Psychology from the University of Puerto Rico, a Master’s degree in Clinical Psychology from the University of Puerto Rico, and a Doctorate degree in Sociology from Fordham University. She also completed post-doctoral training in Medical Anthropology at Harvard Medical School’s Department of Social Medicine. Dr. Cortés is a Senior Scientist and Instructor at the Health Equity Laboratory at Cambridge Health Alliance/Harvard Medical School. She is also the Director of Latino Projects at Environment & Health Group, a research company seeking technology solutions for global health.

For more than twenty years Dr. Cortés has been conducting community-based research with Latinos in the U.S., focusing on acculturation, health, mental health, obesity prevention, and access to healthcare, including health insurance coverage. Dr. Cortés has made major contributions to the understanding of the process of acculturation, cultural, language, and literacy issues among Latinos in the United States through several of her publications and research activities. As a public health researcher, she has devoted her professional career to study and address health disparities. Dr. Cortés has been principal investigator, co-investigator and consultant to numerous studies on the delivery of health care services funded by the National Institutes of Health, the Centers for Medicare and Medicaid Services, the Robert Wood-Johnson Foundation, the Centers for Disease Control and Prevention, Agency for Healthcare Research and Quality (AHRQ), Health Resources and Services Administration (HRSA), and Massachusetts’ Center for Health Information Analysis, among others.

Throughout her career, Dr. Cortés has applied her multidisciplinary training in social sciences to conduct qualitative research methods such as focus groups, open-ended interviews and cognitive interviews for the development and implementation of public health interventions, survey development, and social marketing campaigns, among other activities. Her studies on Latinos’ access to health insurance coverage in Massachusetts have uncovered state and nationwide policy implications as Massachusetts health insurance law (Chapter 58) became the model for Obamacare.

For many years, Dr. Cortés has also been involved in philanthropic initiatives and was a co-founder of The Philanthropy Connection, a grant-giving organization with the mission to engage women in philanthropy and to collectively fund grants to non-profit organizations that improve the lives of individuals and families living in Massachusetts. She has served on boards and advisory boards such as Planned Parenthood League of Massachusetts (board chair, 2010-2012), Big Sisters of Greater Boston, Latino STEM Alliance, Our Bodies Ourselves, Lynn Community Health Center, and Planned Parenthood Federation of America, among others. She currently serves as a trustee for North Shore Community College and North Shore Medical Center and is a member of Planned Parenthood League of Massachusetts’ Board of Directors. 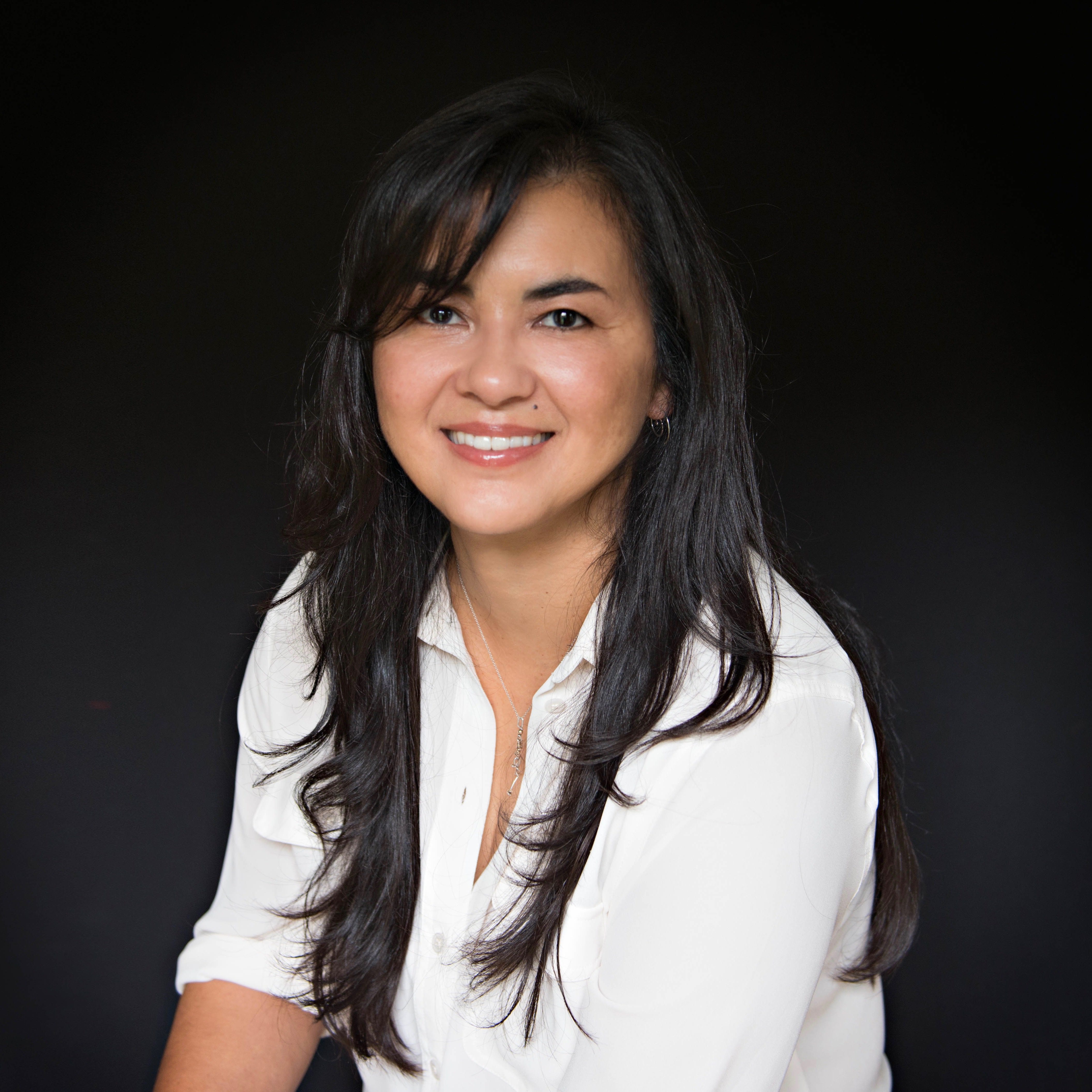 Monica is a West Texas raised, New England transplant who over the years has shaped a career as a purpose-driven leader energized by the call to do good. She is a well-regarded collaborator, partner, problem solver, and tenacious ally who brings an entrepreneurial and inclusive approach for leading initiatives and curating networks to share stories and create impact.

Among her recognitions include a Next Generation Leader Fellowship from The Center for Whole Communities, an Environmental Cultural Heritage Fellowship from the QLF/Atlantic Center for the Environment, traveling to UNESCO sites in Hungary, Slovakia, Poland and the Czech Republic, and an Explorer VERA (Volunteer Excellence Recognition Award) from Bpeace for co-chairing the Latin American Exploratory Team, leading the research effort to launch women entrepreneurial programs in El Salvador.

She is a member of the Board of Directors for oneTILT in Washington, D.C. Their mission is making organizations more diverse and inclusive, one leader at a time. Monica spent 10 years on the Board of Directors of One Common Unity in Washington, D.C., which breaks the cycles of violence and builds compassionate, healthy communities through the transformative power of music, arts, and peace education, and currently serves on its Advisory Council.

She has an MBA from Simmons College School of Management and a Bachelor of Journalism from the University of Texas at Austin. She lives in Groton, Massachusetts with her husband Ray and is a Buti Yoga certified instructor. 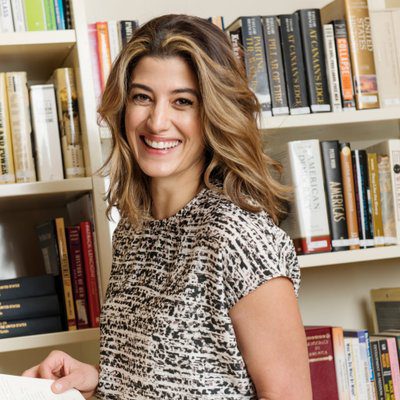 Nathalie Rayes is the Vice President of Public Affairs for Grupo Salinas in the U.S., a Mexican  conglomerate with US$6 billion in annual sales and 90,000 employees in Mexico, the United States, and Central and South America, and with operations in the broadcasting, retail, banking and financial services, telecommunications and internet. Nathalie is also in charge of Grupo Salinas’ philanthropic activities in the United States, which seek to improve the quality of life of Latinos by partnering with existing nonprofits to empower, create awareness, and motivate change on social and civic issues.

Previously, Nathalie served as Los Angeles Mayor James K. Hahn Deputy Chief of Staff, directing the Mayor’s Office of Intergovernmental Relations, serving as chief liaison to federal, state and regional governments and to the Los Angeles City Council, International Trade, Protocol, Immigrant Affairs, as well as Mayor’s appointments to City commissions and  boards. Prior to that, she was Senior Policy Advisor to Los Angeles Councilmember Mike Feuer, heading all aspects of Councilmember’s activities with respect to citywide legislation and ordinances impacting the Fifth Council District. Nathalie also served as a Department of State Fellow in the Economic / Political Section of the United States Embassy in Cairo, Egypt.

Nathalie serves as a United States Presidential appointee to the Board of Trustees of the Woodrow Wilson Center for International Scholars chairing its Audit Committee, as well as the Chair of the Board of Directors of the Hispanic Federation, and member of the Board of Directors of Voto Latino, Planned Parenthood Federation of America, and Congressional Hispanic Leadership Institute (CHLI). Nathalie is also a member of the Finance Committee and Kitchen Cabinet for Congressmember Joseph P. Kennedy, III of Massachusetts and served as a strategic advisor on Hillary Clinton’s National Finance Committee, National Co-Chair Mujeres for Hillary, Latino Advisory Board, Middle East Working Group, and Massachusetts Finance Committee.

Nathalie is the recipient of the Huffington Post “Under 40 Latinos in Foreign Policy” First Raymond L. Telles Trailblazer Award of 2017, Hispanas Organized for Political Equality “Ray of Hope”award of 2015, UCLA Masters in Public Policy Alumna of the Year 2014, Santa Monica College Distinguished Alumna Recognition Award for Outstanding Professional and Community Service achievement of 2013, and 2012 “Mujeres Destacadas Award” a recognition given annually by El Diario La Prensa to the most outstanding women in our community. She is also a Fellow of the Asia 21 Young Leaders Initiative, the leading cross-sectional leadership development program in the Asia-Pacific Region.